All Orders Over €50 Are Free Delivery To Ireland By Registered Post Value (€8.20)

By now you’ve probably heard a good thing or two about CBD products. They come from the cannabis plant that offers numerous potential health benefits and new studies are confirming its medicinal properties with each passing day. But what gives cannabis its wide range of effects? The answer lies within the various chemicals that this plant possesses. There are over 500 identified chemical compounds and each contributes to an extent to the changes cannabis makes in the body. Some like terpenes and flavonoids are also found in other plants, but what makes cannabis unique is its collection of cannabinoids. These natural compounds are the main factors that interact with the body and create the effects. Since there isn’t a comprehensive cannabinoid chart in Ireland, we have prepared a list of major cannabinoids in Ireland’s CBD products to tell you a bit more about what they are and how they can help the body.

While two of the most famous ones that you might have heard of are THC and CBD, the number of these chemicals in cannabis is far beyond that. To date, more than a 100 of them have been identified. Some are present in lower concentrations than others, but each of them gives a specific characteristic to the plant that affects the body differently.

how do cannabinoids affect the body?

Since the 1980s when scientists learned about the different cannabinoid receptors in the body, a lot has been discovered about the way they interact with cannabis and how the plant creates the physiological and psychological effects.

Through numerous studies, scientists found the body’s endocannabinoid system (ECS) and the cannabinoid receptors, CB1 and CB2. These receptors are present throughout the body, including the nervous system and immune system. When the body’s endocannabinoids bind with these receptors, they can change their functions and regulate our health. It has been shown that ECS plays an important part in creating balance in the body and affecting different aspects of our health like responding to pain, inflammation, sleep, immunity, memory, and mood. So you can imagine that any disruption in this system or shortage of endocannabinoids can lead to problems. Fortunately, phytocannabinoids from the cannabis plant have the potential to make up for this shortage and help bring balance back to the body. When these cannabinoids bind to the receptors, they cause them to release enzymes which will break down the cannabinoids and unleash their effects.

What makes these phytocannabinoids interesting is that each one creates a unique effect in the body. That’s why cannabis is considered a healer for so many conditions. For a better understanding of these compounds, let’s dive into the list of major cannabinoids in Ireland’s CBD products and their potential benefits.

“The brain is about a symphony, and CBD can bring the entire symphony into harmony”.

THC is the most abundant cannabinoid in the cannabis plant and the most popular one in the cannabinoid chart in Ireland. It’s also the most infamous for being psychoactive, binding to the body’s CB-1 receptors, and creating euphoric and relaxing effects. 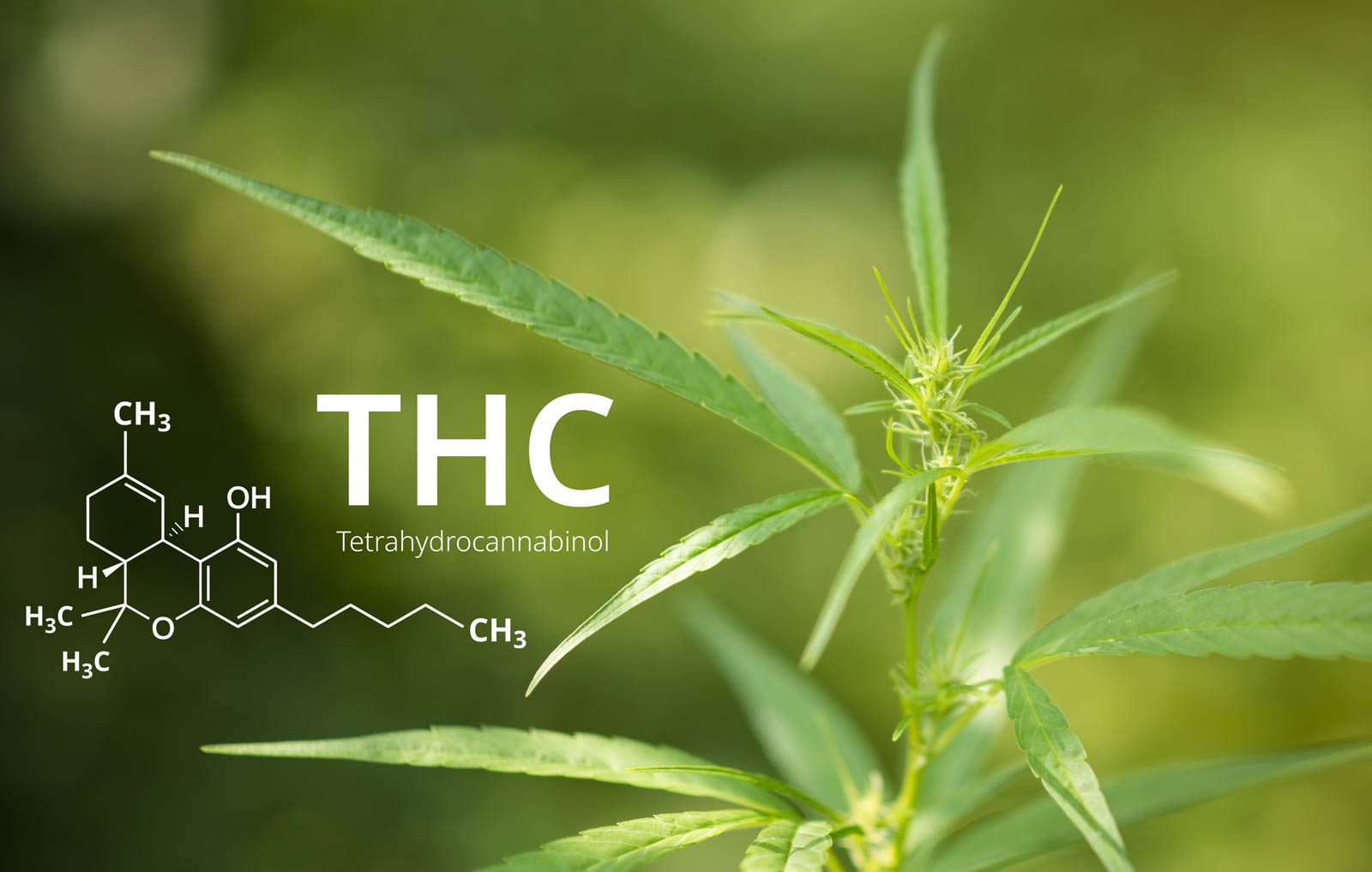 THC has been studied more than the other cannabinoids for its promising therapeutic benefits. The results showed THC’s stronger pain management properties compared to other cannabinoids, its potential in treating symptoms of different conditions like epilepsy and Parkinson’s disease, and its efficiency against tumors.

Nevertheless, due to its powerful psychoactivity, some users might experience side effects like short-term memory loss, increased anxiety, and heart rate. However, these effects can be balanced by combining THC with other cannabinoids and components of cannabis.

CBD is the second most famous cannabinoid in the list of major cannabinoids in Ireland’s CBD products and has been making headlines in the health market for some years now. It offers the same benefits as THC, but without the disorienting effects. So it won’t get you high and it’s marketed for use in different age groups and even pets.

Studies highlight its potential as an anti-inflammatory and pain-relieving agent that can be helpful for treating side effects of chemotherapy and help people quit opioid addiction. It has even been authorised by the FDA as an anti-seizure medication for epileptic patients. Plus, the World Health Organisation has announced that CBD is safe to use due to not being addictive or having major side effects.

THCA is the acidic form of THC in the live cannabis plant. After being exposed to heat, it’s converted to THC through decarboxylation. So if you vaporise the product, you’ll initiate this conversion. But unlike THC, THCA is non-psychoactive and doesn’t have euphoric effects.

Despite the important role it has in creating THC, THCA hasn’t been studied as extensively. But the few studies that have focused on this cannabinoid, have found promising results. A study in 2013 showed that THCA can reduce nausea and vomiting in rats, while another study found its anti-proliferative effects against cancerous cells. An international collaborative study highlighted THCA’s potential as a treatment for neurodegenerative diseases.

With all this potential, THCA has already made it to the market in the form of products like tinctures and capsules.

Another non-psychoactive compound in the cannabinoid chart in Ireland that you may not have heard of is CBG. This cannabinoid is present in trace amounts in most strains of cannabis and it’s found only at the first stages of the plant’s cycle. It reacts with the brain’s receptors the same way that THC does, but it actually works against the psychoactive effects and acts as a buffer to THC.

Studies on CBG show its potential against numerous conditions, one of them being glaucoma. It is shown that CBG can reduce intraocular eye pressure in glaucoma patients. Other areas that CBG could be helpful with are neurodegenerative diseases, fighting antibiotic-resistant bacteria, and irritable bowel syndrome.

Although scientists are engineering plants to have higher concentrations of CBG, their extraction process can be more expensive compared to other cannabinoids.

Another non-psychoactive cannabinoid is CBC which can be more prevalent than CBD in some strains. CBC like most cannabinoids works best when combined with THC and CBD in the entourage effect.

A study in 2013 showed CBC’s positive effects on stem cells in mice’s nervous system. This finding can help scientists in the fight against Alzheimer's and dementia. Further studies support CBC’s anti-inflammatory effects which are enhanced when combined with THC.

CBGa, also known as the mother of all cannabinoids, is perhaps the most important non-intoxicating cannabinoid in the list of major cannabinoids in Ireland’s CBD products because all other cannabinoids like THCa, CBDa, CBCa, and CBG are created from it through different chemical reactions. But most studies are focused on its resulting cannabinoids and not CBGa itself. Although as the fascination around cannabis increases, CBGa is starting to pique scientists’ interest as well.

CBN is the first compound in the cannabinoid chart in Ireland that was discovered in the 1930s by a British chemist. This cannabinoid is a result of THC’s oxidization and more prevalent in aged and poorly-stored cannabis. So it’s present in trace amounts in fresh cannabis flowers and has mild psychoactive effects. 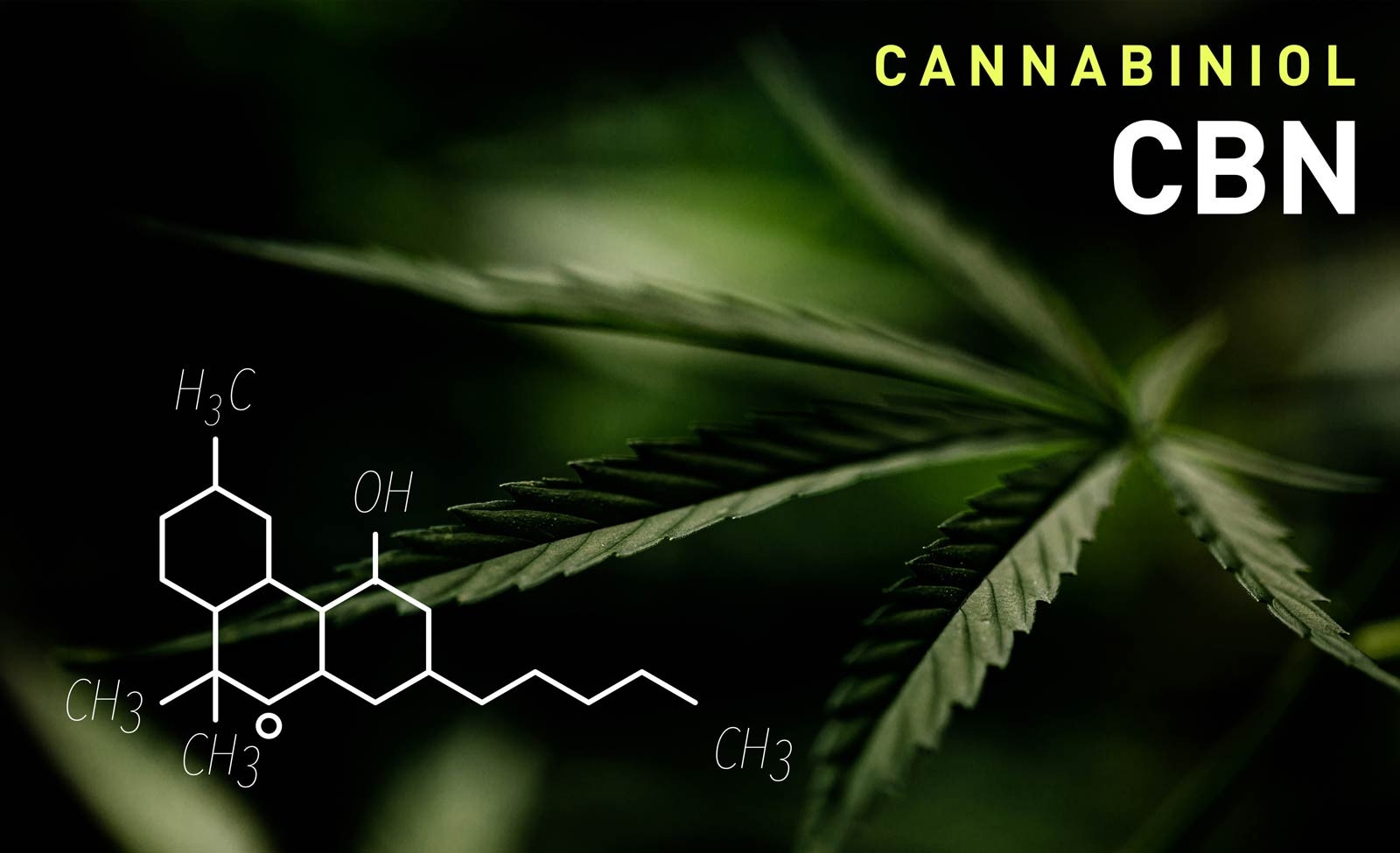 Researchers have found that CBN can act as a mild sedative and help people sleep. Its sedating effects can be enhanced when combined with THC. Based on a 2002 study, this combination can also significantly reduce pain. Other studies show its potential in decreasing intraocular eye pressure in glaucoma patients and anticonvulsive effects alongside THC and CBD. Another study suggested CBN’s effectiveness in delaying ALS in mice models. However, like most cannabinoids, CBN is also understudied and its effects need to be evaluated in human subjects.

THCV is an intoxicating cannabinoid like THC but it’s found in such low amounts that it can't create a high by itself. It’s mostly present in Sativa strains and some plants in Pakistan, India, and China contain a significant amount of this cannabinoid. The few carbon atom differences in THCV compared to THC create a shorter and more psychedelic effect that gives users a burst of energy.

Research shows that THCV can control blood sugar levels and be helpful for diabetic patients. Other potential benefits of THCV have prompted more scientists to research this cannabinoid further.

CBDa is the acidic and non-psychoactive precursor to CBD. It’s found in the raw cannabis plant and converted to CBD through decarboxylation.

It was found in 2017 that CBDa was stronger than CBD in inducing antidepressant effects in mice due to increased interaction with serotonin receptors. Another study shows CBDa’s similarity to common NSAIDs like Ibuprofen in reducing inflammation and pain. Other studies show its potential in fighting nausea and breast cancer.

The last cannabinoid in the list of major cannabinoids in Ireland’s CBD products is CBDV. This is another non-intoxicating cannabinoid with a similar structure to CBD.

Studies support CBDV’s anticonvulsant potential in stopping seizures in epileptic patients and GW Pharmaceuticals has developed a drug for epilepsy containing CBDV that is now in its second trial phase. Another study showed CBDV’s antiemetic effects in rats. Other health conditions that CBDV has shown promising results against are Autism Spectrum Disorder (ASD) and Rett Syndrome. 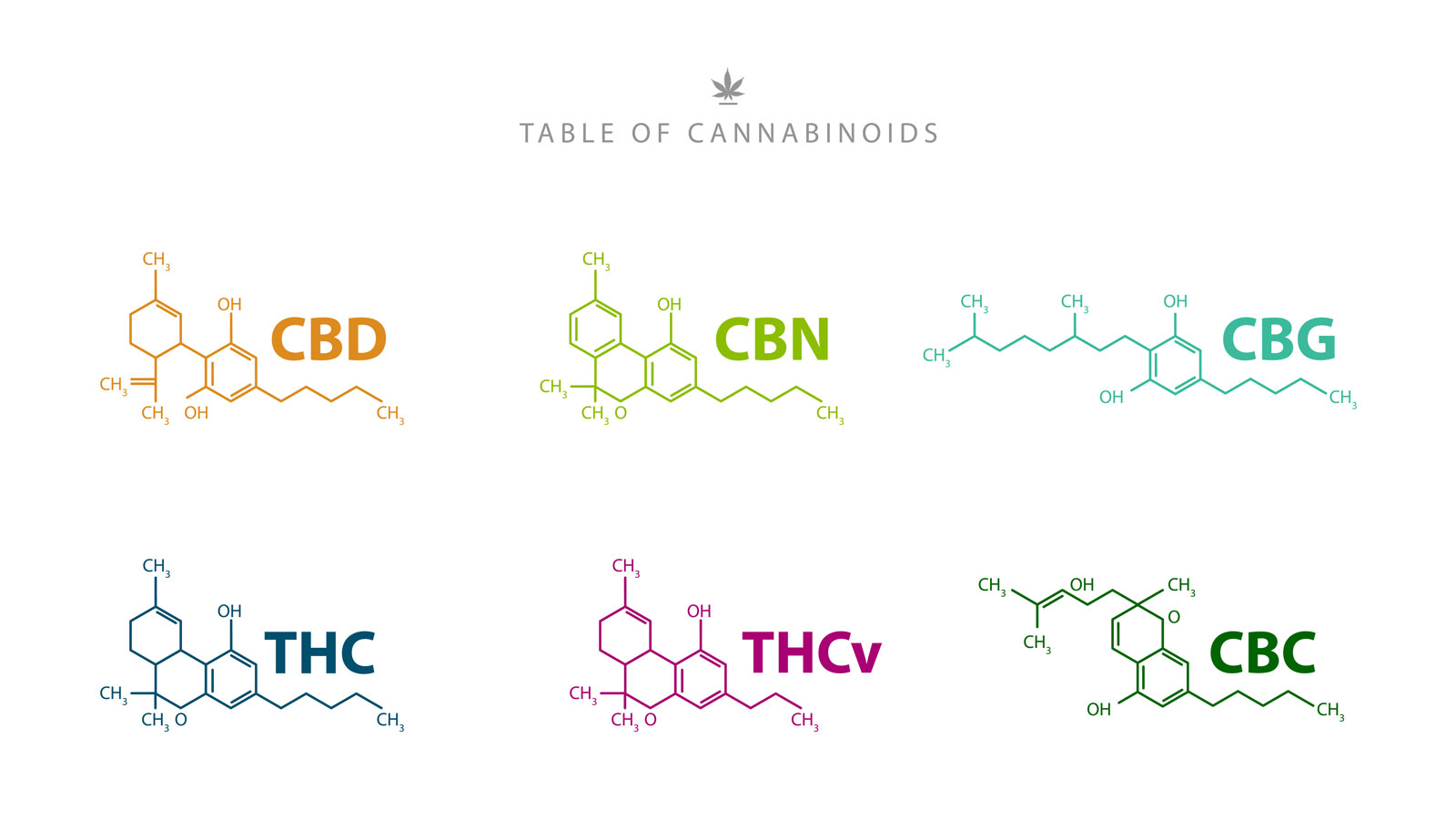 In the end, it’s safe to say that this plant offers incredible benefits and has the potential to ease our lives in numerous ways. If you want to try out these cannabinoids and see their effects for yourself, your go-to product is Ireland’s best full spectrum CBD oil that contains all the components of the cannabis plant. Keep in mind that the information provided here cannot replace a health professional’s opinion. So if you want to use CBD products for your specific condition, make sure to check in with your doctor first. 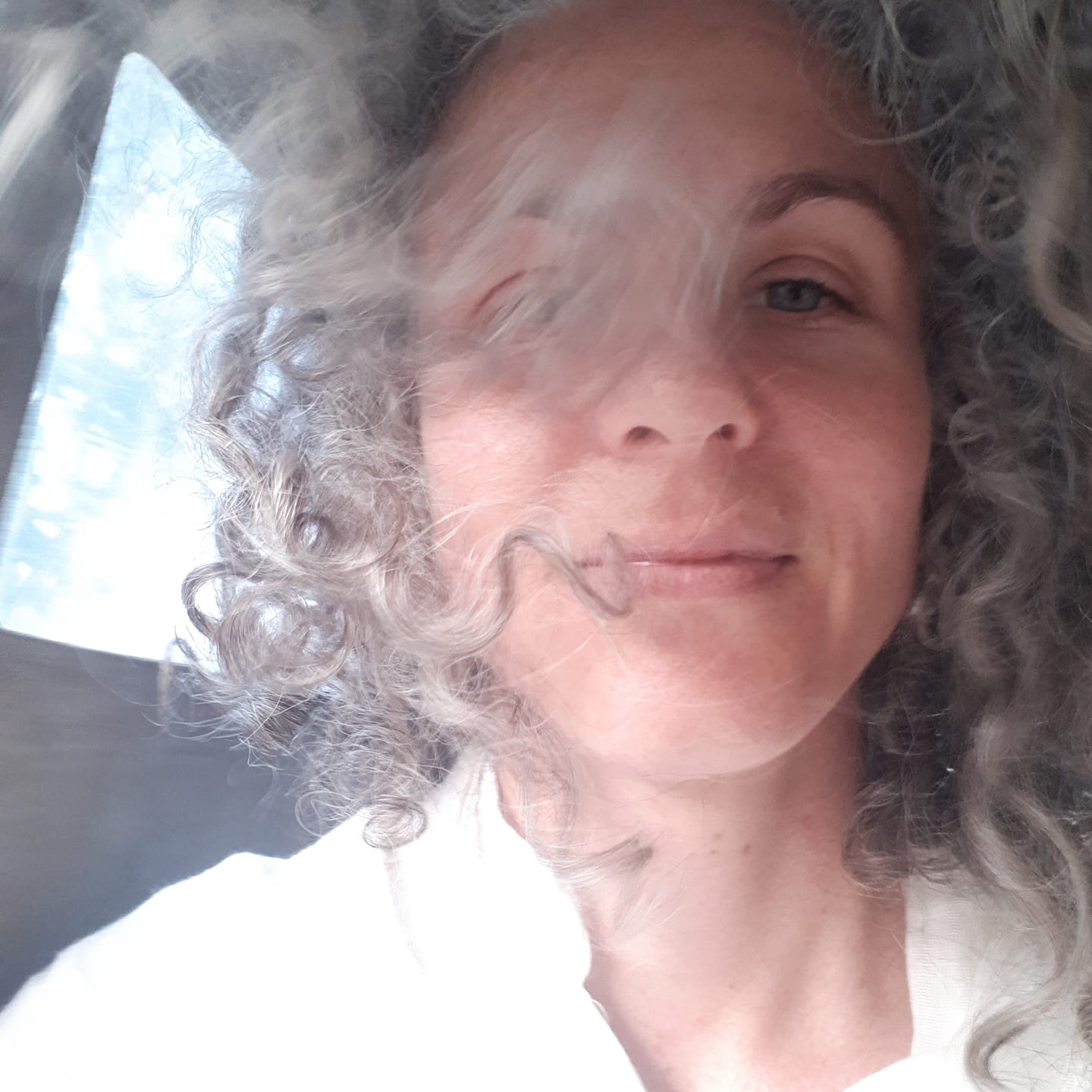 CBD Oil for Athletes in Ireland; How Can It Be Helpful?

A Guide to CBD Vape